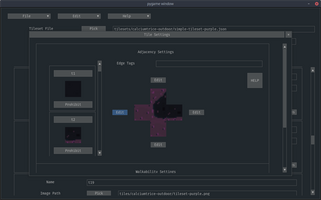 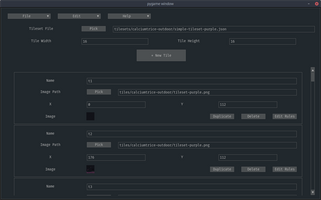 This release adds a new visual tileset editor to let you create new tilesets quickly! It also adds support for saving generated level areas, so they can be loaded again later or imported into other tools.

Developed for Procjam 2020 (plus work that has been in progress long before the start of the jam), this release may contain bugs, so please use at your own risk. Feel free to ask questions or report bugs here or on GitLab (https://gitlab.com/NPC-Dev/groundcollapse/-/issues)!